Game is one of autumn’s delights, so our head chef Marcus Bradley has come up with a five-course menu to tempt you with. Guests can expect wood pigeon consommé with Scotch quail egg, hay-baked partridge, with pomegranate, chicory and Roquefort dressing, and venison three ways (seared loin, braised haunch and a slider) with red cabbage jam, vichy carrots, chestnuts and dauphinoise potatoes as well as wines to complement each course.

What is the Handling Charge for?

To ensure tickets are delivered safely and securely and to keep the price as low as possible for you, the ticket buyer, No.15 Great Pulteney generally uses our E-ticket system unless otherwise stated.

For this service we charge a small Handling Fee to cover the debit/credit card processing fees, customer services, processing and distribution of tickets and our secure server costs. We always try to keep these costs to an absolute minimum. If you feel at any time that our prices are not fair or competitive we'd be happy to hear from you.

If you have ordered physical paper tickets there is a further Delivery cost added to cover the delivery of your order through the Royal Mail network.

We always endeavour to keep these costs as low as possible to merely cover the costs of postage. We only charge you one Delivery cost per order so if there is a big group of you recommend purchasing larger amounts in one order.

When you purchase tickets through No.15 Great Pulteney, the full face value of the ticket is shown. This price is the price set by the event promoter and we pay this full amount to the promoter without any deductions. 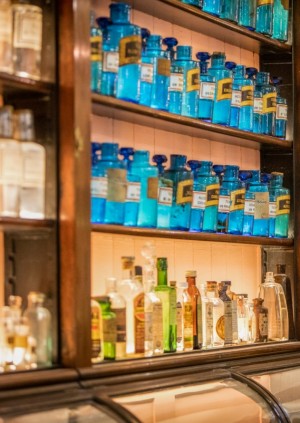